At last the fateful day arrived when it was show time for millions of aspirants of IIT.  The IIT JEE Advanced 2017 results were officially announced on their website (jeeadv.ac.in) for their engineering entrance exam. May 21st was when the exam was conducted and had around 1.7 lakh candidates appear for it. JEE (Advanced) is only for those candidates who had successfully cleared the JEE (Mains)!

The star this year is the All-India Topper Sarvesh Mehtani. This wonder boy secured himself a score of 339 out of 366. His scores are as follows:

Even though his JEE (Mains) rank was a double digit one (55), he worked harder to ace the advanced exam and reached all the way to the top. He was schooled in Bhavan Vidyalaya and his area of interest is nothing different from the field that is very much in demand at present: Computer Science Engineering (CSE).

Meet Sarvesh Mehtani and his family

Sarvesh is just a regular boy who loves to watch cartoons, listen to music, play badminton and read novels. Even the genius need stress busters to keep calm and stay focused at the same time. Thus, he used his hobbies and interests as stress busters while otherwise rigorously preparing for IIT JEE (Advanced). His father, Parvesh Mehtani is an officer in the department of income tax. He knew that his son always aimed to be in the top 10 ranks in this intensely competitive examination. His mother works as a placement officer in the Industrial Training Institute (ITI) in Panchkula. An all-brains family, Mehtani`s elder sister, a budding engineer, also had secured a whopping 95.4% score in Class 12 board examinations. Mehtani himself scored 95% in mathematics as well as physics and 97% in chemistry in 12th, his favorite subject being mathematics.

Social Media is not for Sarvesh

Interviewing Mehtani, PTI received this answer when asked if he saw himself as the topper of IIT JEE Advanced, “I always wanted to be in the top 10.” Spreading a message for his juniors and all other IIT aspirants, Mehtani stated that hard work has no alternative and staying organized and focused will definitely lead you to your goal. Both Mehtani and Waikar (rank 2 holder) steered clear of the social media for a couple of years while they were preparing for IIT. “I did not use my smartphone for the last two years. I cannot stay focused while using a smartphone, but those who can, should continue to use WhatsApp and Facebook. I was not able to pursue my hobbies much in the last two years. I also cut down on hanging out with friends,” said Mehtani. 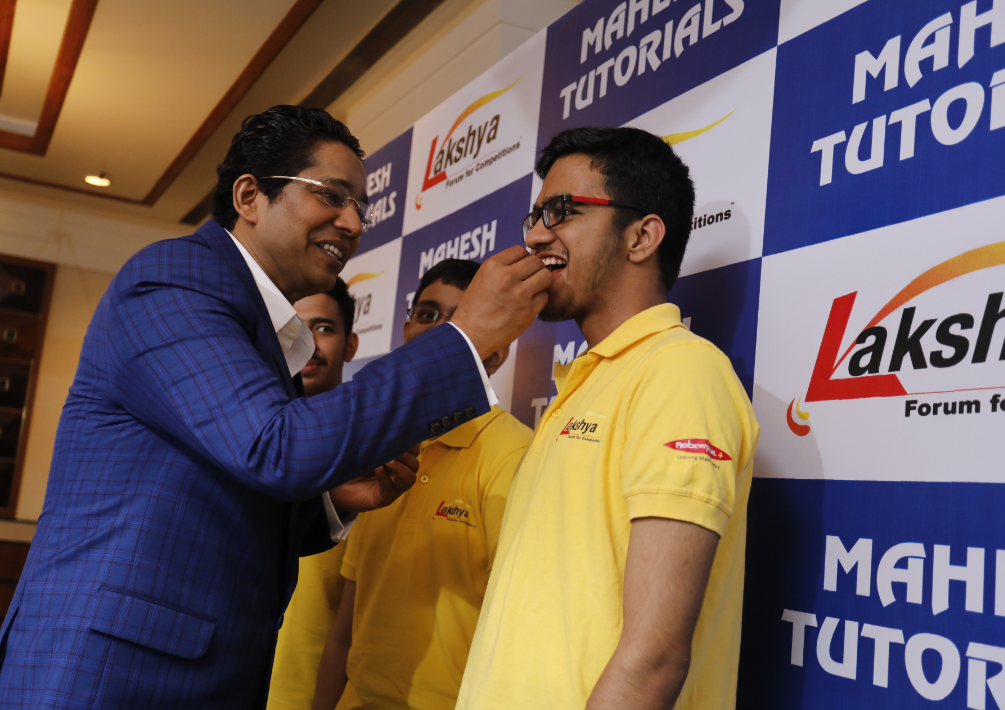 Three Idiots and Self Study

Self-study is an important aspect for preparing for IIT even if you take coaching classes elsewhere. Apart from school hours and private coaching classes, Sarvesh dedicated five-six hours of self-study on week days and 8-10 hours during holidays. Talking about coaching classes, Sarvesh received coaching from Lakshya Institute – IIT Wing of Mahesh tutorial in Punjab. He also took help from Robomate+ in his regular preparation. The mentors of Lakshya introduced him to the Robomate+ app through which his preparation became mobile. He could study anywhere and everywhere independently with the aid of Robomate+.

On a lighter note, he also mentioned being inspired by the Bollywood movie ‘3 idiots’. He watched the film when he was in 8th standard and the movie characters inspired him to be an IITian. He considers Infosys co-founder N. R. Narayana Murthy as his idol and draws inspiration from his life and success story.

A little advice for Parents

Just like son Sarvesh, father Parvesh also has a piece of advice for all the parents who dream to send their children to IIT. Parvesh advises parents to not put unnecessary pressure on their children since it does not help in any way. Parents should in turn help their children in achieving their dreams.

Regular revisions, organized and planned approach towards study, repeated attempts at mock tests, gaining firm command over fundamental concepts, clearing all your doubts, and focusing on the prescribed syllabus is how it is done!

In a nutshell, discipline, routine and diligence are his mantra towards success that is speaking for itself now! So keep your “Lakshya” focused and download the Robomate+ app to be the next Sarvesh of India!