Learning and Understanding Better with ADEPT

Learning is the most important aspect of education. Every student has his own caliber of reading and understanding. A number of techniques have been developed to help improve students’ learning experience. ADEPT is one such technique which is widely used by the students for a better understanding of difficult concepts. ADEPT is an acronym for Analogy, Diagram, […]

Montessori, Waldorf and the Reggio philosophies in teaching and learning

A child’s brain is designed to learn and develop. Children should be given sufficient space to explore the space, environment, and opportunity. Early childhood education centers such as daycare, play school or preschool are aimed at identifying the potential skills of the children in a play-way method. They will be given an opportunity to analyze […]

10 Jobs in Science You May See In The Future

Career selection is an important aspect of life. It is not something that can be achieved overnight and changed as per the moods or requirement. Your qualification will define your area of work and the expected pay scale. It is important for students to understand that field selection is critical for career growth. As per […]

Parents play a crucial role in a child’s education. Their influence plays a vital part in the growth and overall development of the children. Strict and conservative parenting makes it difficult to deal with children’s nature, the child will be afraid to share their emotions and requirements. This affects their overall growth and performance. Liberal […]

Makar Sankranthi – The festival of Harvest and Kites

Richard Feynman and How to Remember What You Study

“Richard Phillips Feynman” was a theoretical physicist from America who was and is known for his important and everlasting work in quantum mechanics, quantum electrodynamics and the super-fluidity of super-cooled liquid helium. His model of proton is also a contribution to particle physics. He is also known for the famous Feynman Technique that helps in […]

The famous physicist James Clerk Maxwell was born on June 13, 1831, in Edinburgh, Scotland. He is considered as the scientist of the 19th century as he has laid the foundation for the important concepts of electromagnetic theory.

The advancement in technology has helped in improving the learning and teaching ways. There are a number of apps which provides detailed, notes, flashcards, practice paper, quizzes, and other materials to prepare students for the board exams and competitive exams. Here we present to you the 7 study apps for high school students

Greetings to All! We all have been a child and our childhood memories still linger in our mind. It is the best phase of one’s life. We still cherish our beautiful moments of the childhood and Children’s day give us an opportunity to relive the childhood again.

I am here to highlight the importance of children […]

Johannes Kepler, a German mathematician, astronomer, and astrologer was born on December 27, 1571. He is a prominent personality of 17th century. 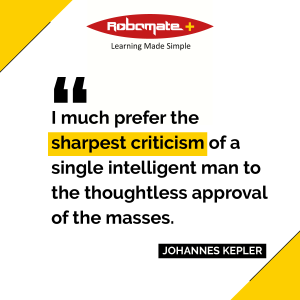